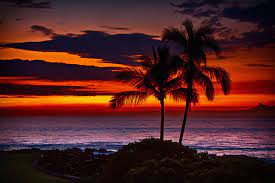 Are you thinking about moving to Hawaii? There are many things to love about this place, from the vast ocean to the pristine weather to the rich culture, but paradise comes at a price, so high that it deters many travelers. Learn everything you need to know about the Hawaii cost of living including firsthand accounts and opinions from locals.

Some studies suggest that if you want to live comfortably in Hawaii, you’ll have to make over $122,000. A living wage for an adult in Honolulu is $16.59 per hour. (Of course, a living wage varies depending on your comfort level). The Massachusetts Institute of Technology (MIT) Living Wage Calculator says that for one adult in Honolulu to make a living wage, they need to make $16.59 per hour. In this scenario, two adults with two children will need an hourly wage of $17.70.

A Payscale survey reveals that the average salary in the island’s capital, Honolulu, is $66,000, but the state also has one of the highest state income taxes in the country, with a top rate of 11 percent. According to the Bureau of Labor Statistics, the average U.S. salary is $51,688 ($994 weekly) as of the 3rd quarter of 2020. According to a similar study by Indeed.com in January 2021, the average salary in Hawaii ranges from approximately $33,965 per year for Customer Service Representatives to $96,620 per year for Travel Nurses.

Rent in Hawaii is much more expensive than most places on the mainland – but it varies with location. Studio apartments on Oahu, for example, can range between $1000 and more than $1600 per month, not including utilities, about $150 per month for a single person. A one-bedroom apartment or home can cost between $1500 and more than $2000 per month, while a two-bedroom apartment or house will start at $1,800 per month. Thinking about renting an elegant one-bedroom condo? You’ll have to shell out at least $3,500 per month.

You can always live outside Honolulu’s center or even move to one of the other Hawaiian Islands, Hilo, on the Big Island, is 49 to 56 percent cheaper than Honolulu, plus it offers a laid-back, small-town vibe that may appeal to you more than the hustle and bustle of the city. As of December 2020, the median sales price of a single-family home is $870,000, a new record high. Condos on Oahu sell for an average price of $455,000. The number of home and condo sales on Oahu has continued to grow despite the high prices.

Building a home could be lower if you buy a piece of land and make it yourself, depending on the location and general contractor.

Cost of transportation in Hawaii

You must consider the costs of owning and driving a vehicle if you choose to live outside of Honolulu or downtown. Honolulu’s January 2021 gas prices are approximately $3.16 per gallon. The Bus on Oahu may be an affordable method of transportation, with tickets costing $2.75, though it may not be attractive for daily commuting.

Most likely, you will need to rent a parking spot if your company does not provide one if you work in Honolulu or Waikiki. Parking spaces usually cost between $100 and $200. If you live in a condo, you may need to rent a stall at around the same price, depending on the association rules. The Honolulu Rail Transit may be able to assist you if you live in Kapolei or Ewe on Oahu.

The good news is that local rental car rates are among the most affordable in the nation. However, Oahu’s roads can become congested and parking is frequently challenging and expensive. Rent a car at the airport to reduce the cost of your automobile rental.

Cost of groceries and dining out in Hawaii

Hawaii, however, is the most expensive place in the country to buy groceries because it imports products from the mainland. Hawaii’s groceries are costly, according to a report from the Missouri Economic Research and Information Center in the 2020 Quarter 3. Hawaiians ranked 196.3 on a national index of 100, while California, Washington, and Oregon ranked 138.5, 111.3, and 134.6, respectively.

The cheapest gallon of whole milk can be found at Costco for about $5.50 per gallon on Oahu. Bulk broccoli is priced at $3.79 per pound, bulk carrots at $3.49 per pound. The cost of Hawaii-grown mangoes is about $6.99 per pound while buying local is encouraged. Four rolls of toilet paper will cost about $6.

Going out to eat is expensive. Breakfast in Hawaii is about $8 to $12, lunch is about $8 to $15, and dinner is around $15 to $30 (or more). However, most people purchase a plate lunch (white rice, mac salad, and a meat entrée such as loco moco or teriyaki beef) and save it for lunch and dinner, or share it with a friend.

Cost of Miscellaneous in Hawaii

Are you ready to hear some good news? The average property tax rate in Hawaii is 0.35 percent, one of the lowest in the nation. Hawaii income tax rates range between 1.4 percent and 11 percent. Hawaiian retirement benefits and public pensions are tax-exempt, making the state fairly attractive for retirees. However, income from private pensions or retirement savings accounts is taxed fully.

According to a study by Commonwealth Fund, an employer-sponsored health insurance plan in Hawaii is among the most affordable in the nation. There are two leading insurance companies in Hawaii: Kaiser Foundation Health Plan Inc. and Hawaii Medical Service Association (HMSA). Hawaii employees are estimated to pay about 36 percent of the national average for health care at $4,664 (8 percent of median income) versus a federal cost of $7,240 (12 percent of median income). Hawaii ranked first in the nation for employee costs for single coverage in 2017 with $675, less than half of the national average of $1,415.

To live comfortably in Hawaii, what salary would you need?

With a household happiness threshold of $122,175, Hawaii is the top state in the nation when adjusted for cost of living. In a recent article by the Wall Street Cheat Sheet, a financial news content partner of USA Today, the amount needed to “live comfortably” in Hawaii was calculated to be $122,000.

How much does Hawaii cost on average?

If Hawaii costs less than the average, it is cheaper than the U.S. Hawaii has a cost of living index above 100, which means it is more expensive.

What are the top benefits of having access to the TXT system for Windows 10 activation?